I believe that in time, if cultures can embrace their differences, be it language, color, traditions or spirituality, they will see that the other is a human being just like them, with the same hopes and desires about building a life and living in peace.

In 2016, I had the opportunity to stay in the historical Alpen village of Medergen, Switzerland, to work on a project for SMART (Sustainable Mountain Art).  The project’s aim was to raise awareness on the topic of migration in the Swiss Alps.

With my photographs, I depicted the contrast between the history of migration in the Swiss Alps and the current complex asylum seeker and refugee situation that exist in parallel worlds. With this comparison, I seek to raise awareness on the plight of the asylum seekers and remind people that sooner or later in life, we all were or will be part of the history of migrants again.

The tiny village of Medergen was established by the Walser people as early as 1300 and existing houses date back to the 1700s.  The village seems almost frozen in time, as people here live a modest life with no running water and no electricity (apart from the recent installments of solar power). Wooden stoves are used for cooking and heating bath water.  People still use buckets to fetch water form the fountains, just like Heidi.

Transhumance, the seasonal migration of livestock up and down the mountain, is still very much a part of the villagers’ lives. Many of who can trace their family trees straight back to the Walsers.

During the time I stayed in Medergen, two thousand meters above sea level, I hiked four hours up and down the mountain every other day, to visit the second group of interest.  In Litzirüti, the neighboring village closest to Medergen, there is an old ski-hotel that has been transformed into a home for about 100 asylum seekers from various war torn and heavily oppressed countries such as Eritrea, Ethiopia, Somalia, Sudan, Afghanistan, Turkey, Syria and Gambia. They await the decision of the Swiss government to announce their fate, whether they will be rejected or given permission to stay in Switzerland and with what level of rights.

Thankful for escaping hardship in their countries, because that is the only hope, it is clear that the asylum seekers now have a new set of challenges to deal with from recovering from years of trauma, losing family members, isolation in a foreign country with a foreign language and living with the uncertainty of their future.

From my research about the history of migration and spending time with the asylum seekers of today, what I learnt is that many of the same challenges that existed centuries ago still exist today; namely that whenever there are newcomers, there is at least a degree of resistance to their acceptance from the established.  They are met with state control that is the decider of their fate, prolonging the process of integration, usually in order to protect the fears of the established.

I believe that in time, if cultures can embrace their differences, be it language, color, traditions or spirituality, they will see that, the other is a human being just like them, with the same hopes and desires about building a life and living in peace.  They might realize that we can all benefit from the richness of diversity, giving each other the freedom to shape our own identity which makes us complete and wholesome human beings. * Born in Utrecht, South Africa in 1977, photo artist Lavonne Bosman has lived in The Netherlands, UK, various provinces of South Africa and currently Vietnam.  She has been developing her photographic style for 20 years since University. Her immersive work mainly focuses on portraits raising awareness of underprivileged people like the amaXhosa of South Africa and painterly ‘street stories’ depicting developing cultures. 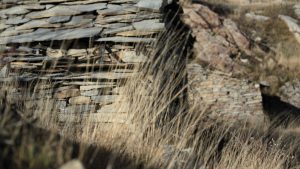 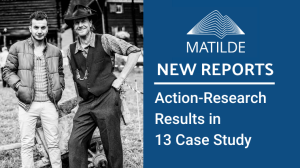 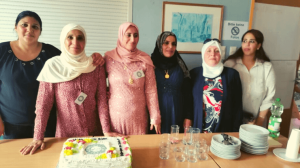 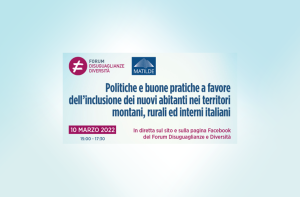