Funded by EU’s Horizon 2020 facility, Migration Impact Assessment to Enhance Integration and Local Development in European Rural and Mountain Areas (MATILDE) project has been launched earlier this year, on February. The project will last 3 years and seek to uncover the true developmental potential of migration across 13 rural and mountainous regions in Europe. Inaugurating the project website, MATILDE scientific coordinator Andrea Membretti published a blog post, highlighting the potential significance of European rural and mountain regions in the post-pandemic world.

Membretti wrote, “In the face of the radical changes imposed by the Covid-19 pandemic, what these regions have to offer in terms of differing modes of settlement, production and consumption is likely to be increasingly sought after, as their local systems are characterized by less anthropic pressure, and more circular economies. As densely populated urban areas were hit hardest by the pandemic, social rarefaction of these regions connote welcome resilience in times of such moments of crises.”

However, Membretti also observes the fact that, despite offering solutions of their own, these regions face a number of challenges that need addressed: “Despite the role of the regions in the construction of the European Union, as well as in its functioning, the 2000s have witnessed a progressive reduction in this respect as European institutions began paying less and less attention towards these territorial actors. Rural and mountain areas have been structurally losing inhabitants for decades. They suffer from chronic labor shortages, often see young people fleeing to the cities and are increasingly suffering from ageing populations.”

In these circumstances, the arrival of new inhabitants is a fundamental resource. Immigration, especially international immigration from non-European countries (but also intra-EU and interregional immigration) represents the main contribution to the demographic stability of marginalized regions, as well as a central factor for the functioning of entire sectors of local economies, from agriculture to tourism, from personal services to small and medium industries or crafts.

Andrea Membretti says that MATILDE starts from here, from the potential of these places left behind.  It aims to improve our shared knowledge base and awareness of each region’s good practices so that a Europe that leverages this hugely under-utilized heritage can be co-constructed.

You may click here to read the full text.

For interview requests and queries, please write to;
[email protected] 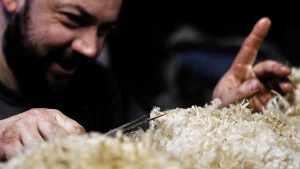