New Matilde Report is Out: Comparative Research on Economic Impact of Migrants

In the new deliverable “Comparative report on TCNs Economic Impact and Entrepreneurship”, MATILDE researchers gathered information through in-depth narrative interviews with representatives of local companies. These companies were either migrant-owned or migrant employers, and included social enterprises. The reports draw the main conclusions from the experiences and observations of various actors in the local economy such as migrant workers, entrepreneurs, employers, HR managers, workers, or trade unionists.

Considering different indicators and contexts, a unique and homogenous impact of TCN migration on the economic dimensions in the MATILDE regions cannot be found. However, the report contributes to the debate on migration’ impact with more than interesting findings, based on the expertise of 25 partners based in 10 different countries (Austria, Bulgaria, Germany, Finland, Italy, the United Kingdom, Norway, Sweden, Spain and Turkey).

The study indicates that migrants themselves have developed self-reliant creative solutions to adapt their economic conditions to the rural and mountain areas by starting-up their own businesses. In particular, rural areas where competition is not an issue create good conditions for migrants to test their entrepreneurial capacity. A general trend across all MATILDE regions points out that TCNs’ enterprises open niches in the market and diversify local economies. Many examples of migrant-owned businesses demonstrate how they positively impact not only the local economy but also the perception of migrants’ image as independent and contributing to the society’s citizens.

A special attention is given to social enterprises that also have a fundamental role because they contribute to integrating migrants economically and socially, providing them with adequate working skills, language competences, and support with the bureaucracy. By helping migrants, refugees and asylum seekers to find their position in local job markets and their social role in communities, social enterprises also reinforce solidarity activism on a regional level.

In addition, the study emphasizes the importance of local companies both in migrants’ integration process and in maintaining local economy by attracting TCNs. Findings reveal that, in order to continue their activity in traditional sectors left by natives, local businesses have to apply new mechanisms to attract TCN’s while facing various challenges to keep TCNs at work. Interestingly, the Internet plays a fundamental role, as it has opened new frontiers for recruitment putting employers and workers directly in contact. It also gives companies a chance to promote job offers if TCN’s already hired in the company share their experience in their viral personal networks.

The results from the MATILDE regions highlight multiple positive changes in business culture, as well as the innovations and the blooming of social entrepreneurship created by TCN’s arrival and their continuous presence in the regions. However, findings also indicate controversial trends. While migrants are capable of maintaining local economies alive, as they increase the supply in local markets, and their presence triggers innovations; they often experience exploitation under various forms, such as poor legal work conditions and informal work, long working hours and intensive labour, low wages, informal or overpriced housing.

For interview requests and queries, please write to [email protected] 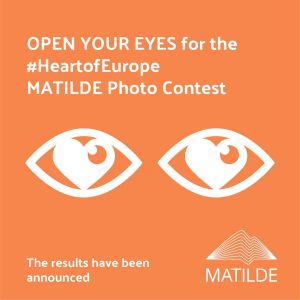 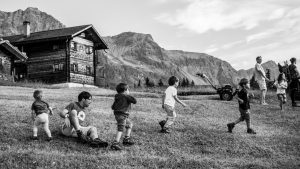 New Matilde Report is Out: Comparative Research on Economic Impact of Migrants